A preview to this season’s forthcoming F1 action is going to be different to a preview to last season’s action. Last year, we had a crop of talented rookies and intrigue at all top three teams: would Bottas make the grade, would new Honda engines take Red Bull back to the top, and – most enticingly of all – what would happen to the incoming Charles Leclerc and Mattia Binotto at Ferrari?

2020 is the last season before a major regulation change, the potential introduction of a cost cap and the expiry of a number of key driver contracts (Hamilton, Vettel, Ricciardo). On the surface, this year doesn’t have the obvious drama of last season. Whisper it but it even looks a bit like 2019 part 2 from a distance. That’s missing out on the fact that stability in F1 – like rain when you’re fishing – often brings the chess moves to the surface and provides the best action. There’s plenty to look forward to: here are my picks.

1. Who is going to stop Hamilton?

All dominant reigns come to an end, and usually at a point – see Vettel in 2014 or Schumacher in 2005 – when no-one expects them to.  Everyone is looking at Ferrari, but I suspect it’s too soon for Charles and too late for Sebastian. I’d look elsewhere. Adrian Newey hasn’t failed to pen a championship winning F1 car in any set of regulations in three decades apart from the current one and Honda will need incentive to continue into the new post-21 regime. At one point in pre-season testing, Max Verstappen came to a near-emergency stop yards short of the line in order to mask the true pace of his Red Bull.

It’s a strange fact, but 2020 will be Max Verstappen’s fifth full F1 season and such is F1’s brutal nature that – Alain Prost’s ’84 half point disappointment aside – only six drivers in history have ever raced in more than five full seasons of F1 and then gone on to win a championship. All of those six showed evidence of the pressure of the long wait for success, and only one went on to win another championship [pub quiz question: name them, answers at the end of this post]. 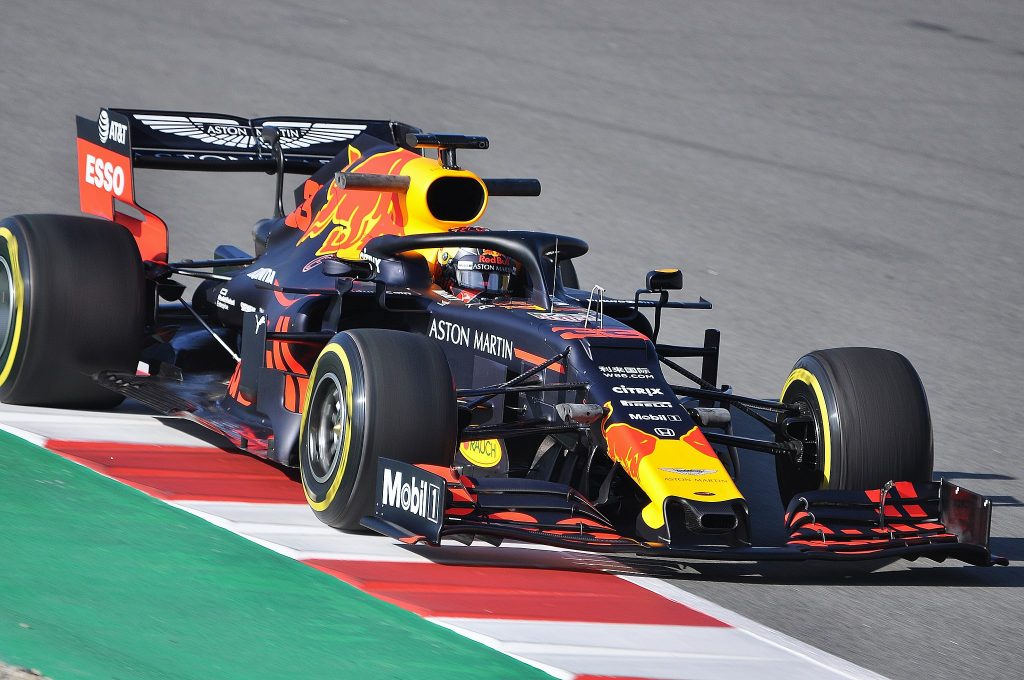 Senna had to wait for attempt number five; Lauda, Vettel, Alonso, Clark, Stewart and Schumacher all won a driver’s championship in season number four and Hamilton, Piquet, Fittipaldi and others didn’t even wait that long. History suggests that Max isn’t ever going to be in a better place as a driver than 2020, Honda have made substantial gains, he’s unlikely to be overly bothered by a relatively new team-mate, and Adrian Newey is still around. At the least, I think it’s fair to say that Max will be good for more than last year’s haul of three victories.

Anyone who remembers Robert Kubica’s anguished claims that he could have fought for the championship with BMW in 2008 if only they hadn’t stopped development early on in the season to develop a KERS approach for 2009 will know that the point when a team decides to switch their focus to the next season is a critical moment. This is even more the case when there are major new technical rules coming in for the next season, as there are in 2021. When major regulation changes happen, teams will be desperate to reach the point where they can give up on low-level incremental changes and chase the dream of a blown-diffuser style regulatory exploit that reorients the competitive order for 2021.

This puts pressure on the first half of the season, as the momentum established in the first half is unlikely to be challenged, and particularly not by teams without the budget and resource to develop in parallel. If we have a few race cancellations, 2020 could be decided by the results in a handful of early races. In 2013, before the big change to hybrid engines in 2014, Sebastian Vettel and Red Bull won the last nine races in a row. In 2005, before the change from 3.0 litre V10 engines to 2.4 litre V8s in 2006, McLaren-Mercedes won 7 of the last nine. 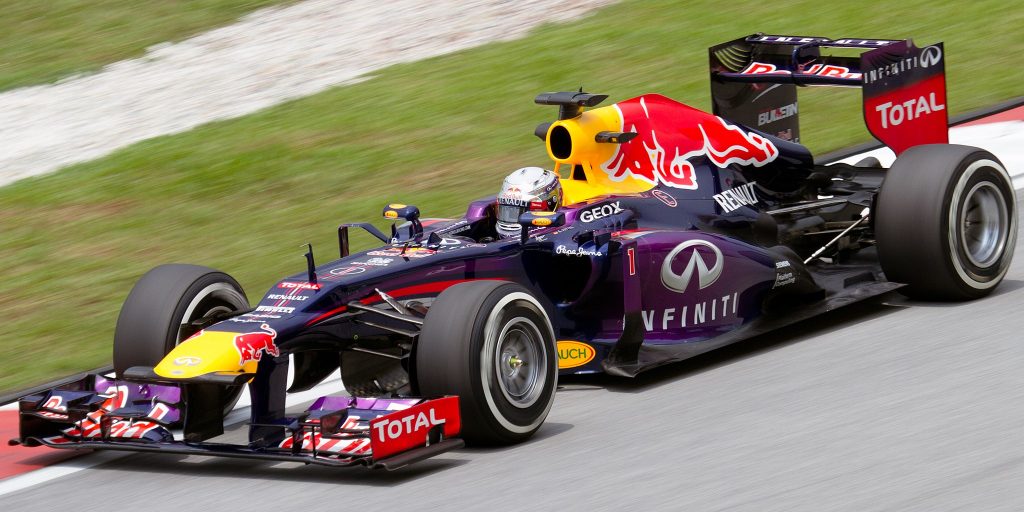 A similar pattern could easily emerge this year, but only if there’s a clear lead established by one of the big three – Mercedes, Ferrari, Red Bull – early on. A close three-way contest for the title maintained into the summer break, and the likes of Renault and McLaren will be rubbing their hands together whilst slipping slowly down the grid in the second half of the season as they prepare their 2021 challengers. A clear frontrunner, and it would be a brave team that invests heavily in changes that will be thrown away after the final ten races to try in order to try and change the direction of the championship.

Maybe you could make a case for Sainz, Verstappen and Nasr in 2015, or – more famously – Hamilton, Vettel, Sutil and Winkelhock in 2007 – as the best ever set of F1 rookies. Whatever the case, it’s likely to be a while before we see such a consistently high quality of new drivers as that shown by Alex Albon, Lando Norris and George Russell in 2019. This is evidenced by the fact that, for the first time in at least a generation – and possibly ever – we had multiple rookie drivers in F1 in 2019 and every one of them kept their seat for the following year (technically, Alex Albon upgraded his mid-season and then kept it, but you get the idea).

For 2020, we have one rookie, and it’s the well-financed but hitherto underwhelming Nicolas Latifi at Williams. Latifi did at least manage to beat his team mate in GP2 last season, but few drivers would have been given a fourth season in F2 to achieve this when they’d failed to do this in their previous three seasons, and whilst driving for a team of the calibre of DAMS. The best we can hope for Latifi is that he doesn’t lag too far behind team-mate Russell. Last time Russell and Latifi lined up against each other was in the 2018 F2 season, when Russell finished the year with three times as many points as Latifi. 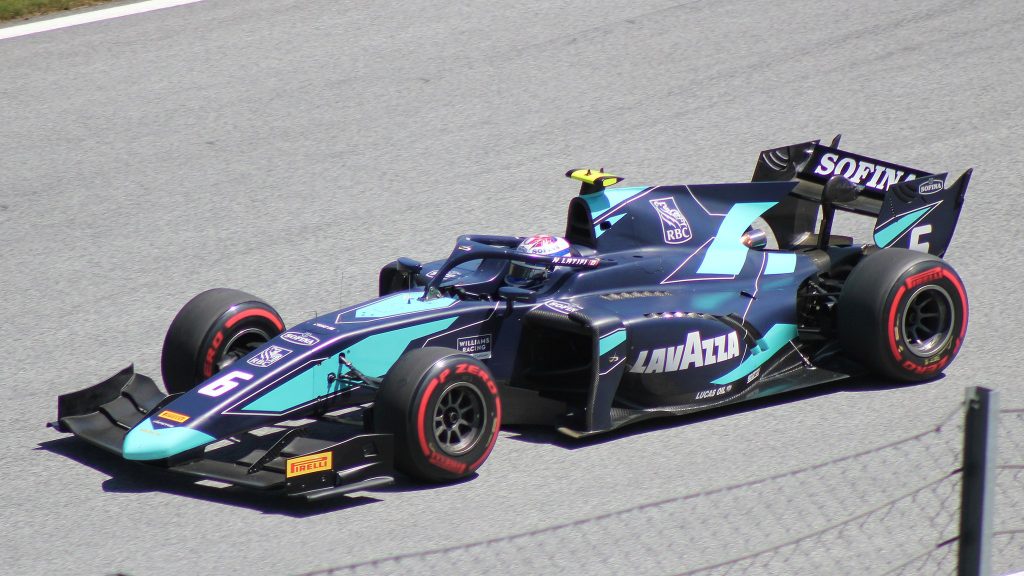 Maybe rookies come in cycles, but I hope the departure of the man who beat Latifi to the F2 title last year to Formula E will put some pressure on the new cost cutting proposals to succeed. In past eras, there would have been enough F1 seats not only for F2 Champion Nyck De Vries, but for other names – Vandoorne, da Costa, Rossi, Frijns, Rosenqvist, Vergne – to have a(nother) chance, and the sport would have been the richer for it.

4. In a season of stability, internal team rivalries will dominate

If Russell vs Latifi is probably a foregone conclusion, then Norris vs Sainz – a lineup so good that McLaren can afford to specify that Alonso isn’t in contention for a seat – is mouthwatering. Norris may have had a marginal qualifying edge last year, but Sainz unquestionably had the better of the races. Neither of the papaya twins (© Hazel Southwell) is going to give an inch. 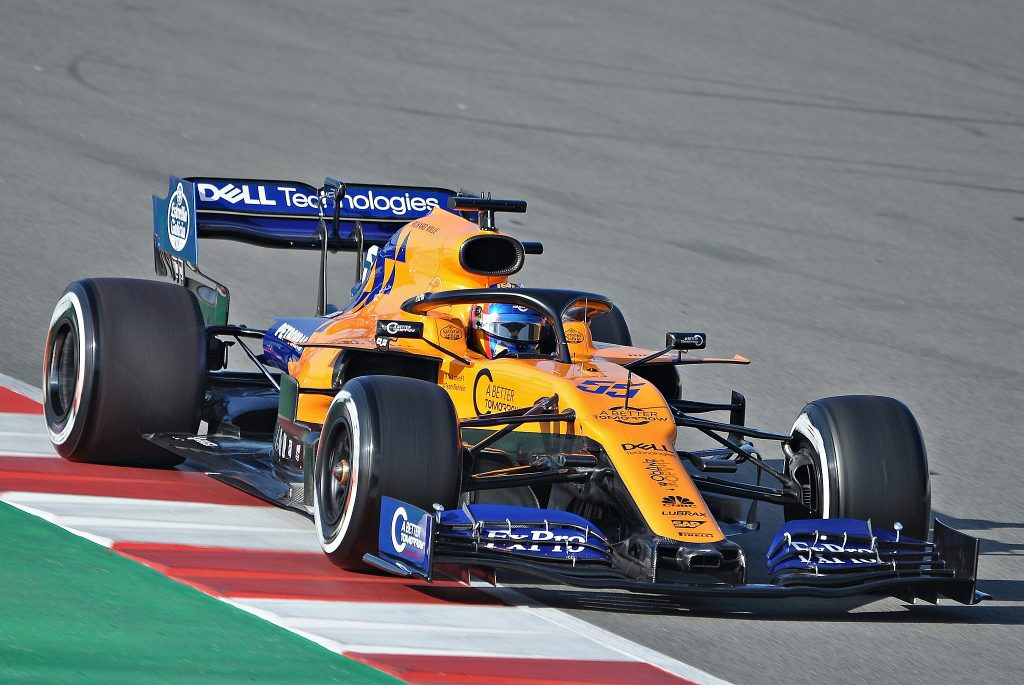 The two intriguing match-ups likely to go under the radar will see how youth matches up to experienced yardsticks when the returning Ocon goes up against Ricciardo at Renault, and the promising Giovinazzi continues to test himself against Kimi at Alfa Romeo. This might not happen at the front of the grid, but the implications could be seismic: a comprehensive margin for Ocon against Ricciardo could leave Ricciardo at Renault and Ocon in at Mercedes in ’21, the reverse could mean Daniel in a Ferrari and Ocon left at Renault in ’21. Similarly, any significant daylight either way for Kimi and Giovinazzi, and it’ll be the end of an F1 career.

Well I’ve got this far without talking about Vettel, but the Italian media is likely to show similar levels of patience. The confirmation of a juicy new long-term contract for Charles Leclerc accompanied by deathly silence about what happens to Vettel’s contract – currently scheduled to end at the end of 2020 – heaps more pressure onto Sebastian, a driver not known for managing pressure well. You’d probably bet on Sebastian doing better than the last two drivers to make it to a sixth year at the Scuderia – Massa and Barrichello – and finding a chequered flag at some point. Doing more than this, reversing the momentum of last year, and mounting a championship challenge whilst avoiding any high-profile mistakes will require a change in attitude of a kind that we’ve not seen from Sebastian at any stage so far in his career.

In the last season before a major regulation change, Seb won’t be the only driver entering the Australian GP wondering if it’ll be his last. His former team mate Kimi Raikkonen turns 41 this year, and has steadfastly refused to answer questions about the 2021 regulations.

Meanwhile, Roman Grosjean is probably on the grid in 2020 because Nico Hulkenberg asked for more money than him in negotiations last season. It’s surely a matter of time before Haas changes one – if not both – of their drivers (I’d keep RoGro, for what it’s worth, because I think his peaks outweigh the aggressive consistency of Magnussen, but I’m in a minority). 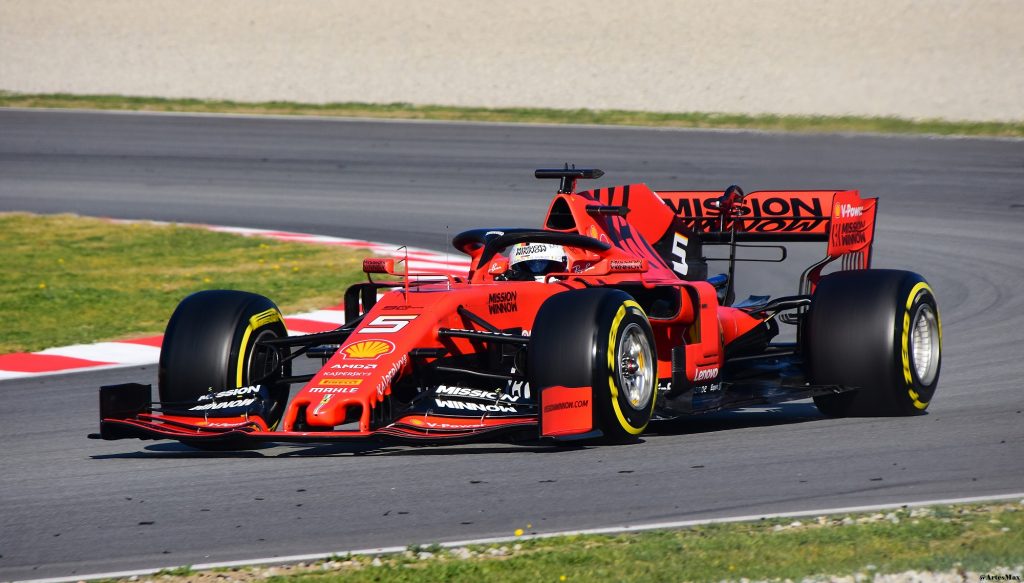 Elsewhere, Daniil Kyvat has been on borrowed time for a while, put back in a race seat last year because Red Bull didn’t have anyone else available. It will take more than his consistently inconsistent form to keep the legendarily impatient Dr Marko happy. The recent recruitment of Sergio Sette Camara as development driver and race reserve for Red Bull ensures that Red Bull have a young and talented alternative readily available. (Sette Camara was a McLaren development driver until recently, and was testing IndyCars only a few weeks ago, so he’s unlikely to have signed up without some incentives.) Another Red Bull mid-season driver change would not come as a surprise to anyone – least of all, one suspects, to Kyvat.

Finally, if I were Lance Stroll then I’d be hoping that the new Racing Point isn’t as fast as it looks. Whilst the team stays towards the back of midfield, the pace difference between him and team mate Perez isn’t as noticeable but a step forward for the team risks highlighting an inconvenient truth. He may be the son of one of the team’s owners, but even that isn’t likely to protect him if the gap in race performances stays at a 2019 level.

Champions who won championships after their fifth full season of F1

NB: counted on partial seasons, then Alan Jones and Mike Hawthorn would be added to the list as a result of limited outings in 1952 and 1975. More obviously, Mario Andretti’s partial campaigns from 1968 onwards would also include him on this basis, whereas his first full-time season in 1975 has him winning the championship in his fourth full time season.