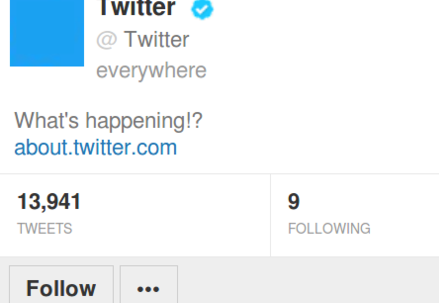 [Part 2 of my series on language and service design]

I need to say up front that this post is not an apologetic for half-hearted, non-committal, or box ticking language adherence. But almost all sites with multilingual content that is not static (i.e. created once and never changed until the site dies) have unequal amounts of content in the different languages involved. If, as I suggested in the first post in this series, we can get away from discussing where we ought to be and discuss the reality of where we’re at, then we need to talk about what I’ve termed graceful degradation for languages.

We’ve moved on a long way from marketing sites that agreed all copy up front and never changed content until the five-yearly relaunch. Good site content, to quote cluetrain, is a conversation. Conversations don’t usually wait around for the translation to arrive.

When this happens, current design practice often does bad things. For a start, site architecture and structure sometimes forces exact equivalents, even when these aren’t available. When content isn’t available in a language, that content in a different language is frequently copied and pasted into a CMS too dumb to know the difference. This is the approach for at least one organisation in Wales.

Several years ago, I found myself confronting the logical insanity of this approach. I was in charge of a public sector website. Much to my personal unhappiness, the support and funding for Welsh language content was so minimal that a tiny percentage (less than 10%) of the content was made available in the language of Welsh. The suggestion was that we should create a separate copy of the site and copy the English across for the majority of the content.

I got a bit cross. And then I created the best alternative I could. This was a page entitled “all of our content in Welsh”, with direct links to the content we had in Welsh on that page. It wasn’t great, it wasn’t the service I wanted to provide, but at least it told the user what was actually available rather than dressing up compliance in gesture politics. I stuck my neck out to make sure that we didn’t offer something to users that gave them a massively lower level of service in one language and didn’t tell them this [2]. Lying to users online doesn’t usually end well, so why do we habitually do it when language enters the scene?

The choice between language design is almost always frustratingly binary. Either everything is purportedly available in both languages [and it almost never is] or nothing is available in both languages. Graceful degradation describes what happens in web design when something isn’t available – JavaScript is turned off, for example – and it ensures that, whilst not optimal, content is still made available. What if we tried to apply the principle of graceful degradation – “the ability of maintaining functionality when portions of a system break down” – to language choices?

For example, I once defaulted the language choice of an entire site up a level in the IA. If a user on a page selected the page in an alternative language, the site delivered the page one level higher in an alternative language. This ensured that the user always ended in a logical and useful place, even if the exact page requested didn’t exist. That’s not a universal rule, but it worked for that particular site, which often had changing content and where one of the key user needs was to see what was new/what had changed since they were last there.

Similarly, I’ve had many discussions about on-site search with people who want search boxes on pages with Welsh language content to only deliver Welsh language results and search boxes on English language pages to only deliver English language results. There are almost no examples of words that exist in both English and Welsh but mean radically different things, so why not let search strings search on those strings? That way, if a user decides to enter terms in more than one language, they’ll get a sensible result; if a user decides that the Welsh language page looks out of date so they’ll search for the English language equivalent to check that it looks the same, they’ll get a result rather than zero results; whatever happens the user gets something rather than nothing, which is the concept of graceful degradation at work.

In multi-lingual service design, we serve the user poorly if we base the entire premise of the service we offer on a scenario that we are not prepared to deliver, or even a scenario that we are not able to deliver yet. Users online do not expect perfection, or to always be in the right place, but they do need feedback as to what is going on, and why, so that they know where they are and what their options are. Landing a user on a page in a different language without explanation is cognitively jarring. Considering how, why and when language options don’t work straightforwardly and what we can do to help the users in these scenarios is what should happen when we move past box ticking language adherence to attempting to understand how our services meet user needs.

[2] Matt’s rules of the internet no. 8: you don’t own the internet, so if you lie there, then you’re probably going to get caught out. Don’t do that.