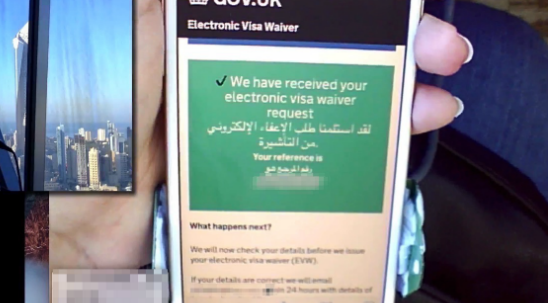 [Part 4 of my series on language and service design]

When I was working for GDS a few years ago, I was lucky enough to attend the session where Guilia Bazoli presented her research on Welsh language in Government. The session also included Bernard Tyers presenting on the work he’d done as a User Researcher on the Electronic Visa Waiver service.

Bernard spent some of his presentation talking about names [1]. The Visa Waiver service was used by people in the Middle East who had to enter details that were then checked against their passports. If the details weren’t right, then people frequently had to be removed from aeroplanes preparing to take off on security grounds. That was an expensive, difficult and generally problematic experience for users.

The problem was that for many of their users in the Middle East their approach to names was often not the exact, canonical approach that some of our English speaking world uses. I remember Bernard saying that some people would optionally choose to put some of the villages or towns that their parents came from as middle names.

That made me smile, because it was the exact same pattern that I recognised from the Welsh village of my childhood. I didn’t know the surnames of farmers, because they were known by their first name and the name of the farm they farmed. If people weren’t known by their location, they were frequently known by their profession. To this day I have no idea what the milkman’s surname was, apart from that it probably wasn’t “the milk”. This wasn’t an accident, or some folksy approach taken from Under Milkwood. The approach of fixed surnames wasn’t always the case in Wales, and is often not followed by people now.

Welsh speaking farmers and Arabic speaking people in the Middle East aren’t the only groups that have issues around the way that digital services manage names. The GOV.UK design pattern on names helpfully links to this page and also this page. And shortly after I wrote this post, Guiseppe included this amazing illustration of this point in his newsletter: please give it a try.

There’s something about the fact that there’s a common thread between Arabic speaking people in the Middle East and Welsh farmers. Language diversity isn’t a problem; it’s a strength. When we ignore it, we risk making things worse for all of our users, not just the ones we’ve put in a particular box.

[1] I’m working off some rough notes of a talk given six years ago so apologies to Bernard if I’ve got anything wrong here.

Getting your (user) stories straight